My Periods and IBD by Guest Blogger Louise A.K.A. Crohnsfighting

Posted on October 4, 2017 by thespooniemummy

This week I wanted to do a series of posts about periods and contraception.  Often, our chronic illnesses can affect these but it isn’t an area that has been looked into and a lot of doctors do not understand how much our lives can be affected by them.  I asked for people who could share their stories and the lovely Louise offered to share her experiences with you all.  Louise is an amazing friend and fellow host of The IBD & Ostomy Support Show.  You can visit her blog here and it is worth checking out her honest and informative posts. 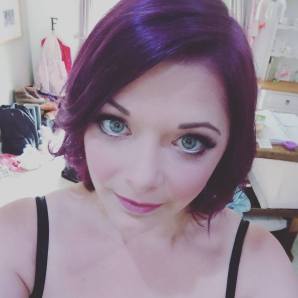 Hi, I’m Louise aka Crohnsfighting and have been asked by the lovely Natalie aka The Spoonie Mummy to write a guest blog to talk about the impact my periods have on me and my daily life.

I will also be writing about contraception methods used over the years to try and help me with what I call PMT week once a month.

I was a late starter with developing and periods. I didn’t gain boobs or periods until after I turned 14. Now this may have been a late start but until the age of 18/19 I never had an issue with them. They were fairly light but lasted the full 7 days and from the age of 15/16 I was on an oral contraceptive which was oestrogen based and I never had a problem with that. Apart from forgetting to take the blasted thing, it wasn’t an issue and because I was not sexually active until 17, the pill was just controlling my periods and not a lot else.

When I turned 18 I was in a long term serious relationship and to protect myself I was placed on the depo-provera injection. This was administered every 12 weeks so I didn’t get unwanted babies. This is when the fun and games started, it caused havoc with my cycles and periods. I would spot on and off for six weeks at a time and then have a full-on flood. The floods tended to happen at the most inappropriate of times and one of them happened whilst having “adult shenanigans” in a car.  I flooded the seat and his jeans and he spent the best part of 5 hours trying to get menstrual flow out of the car seat and had to throw the jeans he was half wearing at the time. The problem I had with the shot was that it caused huge weight gain and mood swings. I gained a stone and a half in a year and my moods were erratic.  The mood swings were caused by a hormonal imbalance but I wouldn’t discover this until 7 years later. Once coming off of the shot my weight returned to normal within a year, my mood swings stopped and my normal cycle resumed.

I was diagnosed with Crohns disease in 2003 and due to the extent of this I was unable to take oral contraception to help with the heavy periods as it was advised it wouldn’t work. I either had to have the implant or practice safe sex.

In 2009, I had my daughter Maisie and six months after having her I had the implant put in. The implant was a godsend as it stopped my periods completely but yet again 18 months later I had to have this removed. The reason being for this is because I punched my then partner in the face in bed because he pissed me off, and I couldn’t control my moods. He frog marched me down to the GP’S and said I had to have this removed as he couldn’t handle the moods I would suffer from. I would go from happy to black moods in the flick of a switch. Now this may have been because he was a total arse but hey, who am I to judge?

Due the reactions I had with these types of hormone contraception’s I was tested for hormonal imbalances and both the implant and the shot stop your bodies progesterone hormone and means your body thinks it’s in menopause and my body doesn’t like it. It was decided after that that I would no longer be allowed to have these due to the mood swings. At the time, I didn’t qualify for the coil and I needed to be safe. I finally, after much fighting, got the copper coil placed in 2014 as the mirena coil may have resulted in my falling pregnant.

My periods have always been pretty horrendous since the Crohns diagnosis. A week before my period I always feel like my tummy and uterus are going to blow up. The pain is excruciating and not to mention the swollen, sore boobs and the joint pain I get with it. My mood is rather testy as well and I want to sleep more. The diagnosis from my boyfriend and daughter is Mummy is being a bit short and please do your best to not piss her off.

I’ve been banned from using a hot water bottle as due to the amount of surgery I have had done, I burn my stomach as I can’t feel it on a regular basis.

I go through 6-7 packs of the always night ultra in a week. So, I average anything up to 80 sanitary towels in that week.

I have tried tampons but they make me feel sick and make the period pain worse. They also are not man enough to handle the monsoon that is my monthly period.

On average, I can flood my jeans 3-4 times in a day during the heavy period of that week. I make sure I stay close to home and wear dark colours.

Do I feel that IBD has affected my periods?

I can honestly say that yes, they have affected my periods. Due to the amount of scar tissue and adhesions in my womb and on my fallopian tubes, I have had consistent heavy periods since 2009 and they drive me insane. I feel women get it slightly worse, especially with IBD, as the hormones and the swellings impact our insides even more than if I was without the Crohns disease. Especially when your sat there wondering if it’s your period coming or a major flare up.

I have had some respite since November of last year as I had most of the scar tissue removed. However, the last month or so the periods are yet again becoming more like Niagara Falls and that normally means the scar tissue is making itself known again.

So this is way too much information to read on a guest blog but it’s something that isn’t commonly discussed and I feel that IBD does impact periods for those of us diagnosed .

Many thanks for reading

7 Comments on “My Periods and IBD by Guest Blogger Louise A.K.A. Crohnsfighting”

Fun with Grandma and Grandad Rabbit at the castle yesterday- was lovely to get out and we enjoyed soaking up the vitamin D!
Has two very happy boys tonight!
Blown away last night looking at @leo_does_art08 sketch book!
Like mother like son - the boy requested a vanilla latte - who was I to say no?!
#internationalnursesday
Went to @primark for a new black bra… oops!