Our Halloween Visit To Bluebell Farm

Posted on October 26, 2017 by thespooniemummy 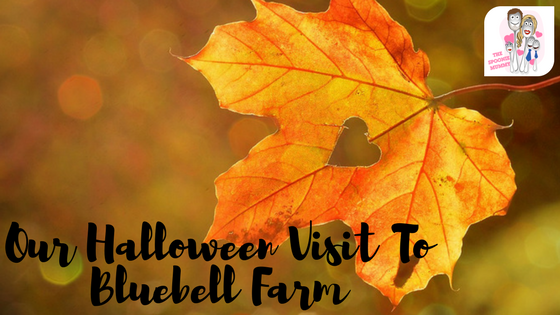 The last couple of weeks have been a bit of a struggle for me health wise.  Cue half term – of course it always happens when you are not feeling at all your best!

After an awful day on Monday, barely making it out of bed, the mum guilt was high.  Although we were doing lots of fun things together at home – movies, crafts, colouring, board games etc, I really wanted to get outside with the kids and have a fun day out.

I checked out a local farm that isn’t too far from our house and discovered they were doing lots of Halloween themed activities including a Halloween trail and a pumpkin patch!  I kept it a secret from the boys and roped in my mum to join us for the day. 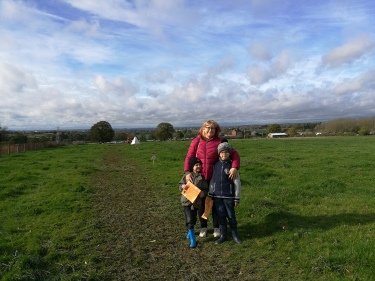 We headed over just before lunch and paid £17 entry to the farm for the four of us which included access to the farm, the Halloween trail and both the boys got to choose their own pumpkin from the pumpkin patch.  My mum also paid £1 each for two bags of animal feed (one two legged and one four legged).

The boys were super excited when we got there so we let them run off some energy on the park and in the sandpit while we sat down and had a cuppa!  Everybody serving was super friendly and they were reasonably priced.  There were lots of tables for people to sit at while children played which was nice, and in the Summer I am sure it is filled with people with picnics.

We then set off to see the animals and the boys really enjoyed feeding them, especially the greedy goats, the turkeys and the hugest rabbit we ever did see!  There was lots of animals to see and it was nice to see all the animals had names.  Riley even found a sheep called Riley which he thought was great! 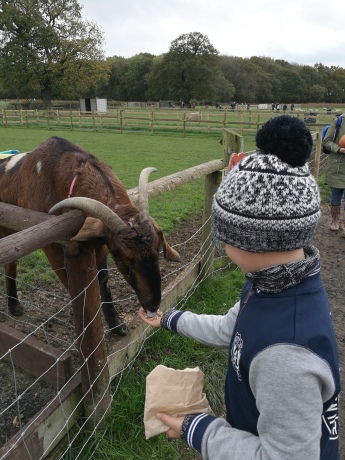 It was then time to enter the Halloween trail!  We were given a map and were told we needed to collect stamps to help free the Witch (who was a good one) from the Boggart!  We were told the trail would take around half an hour which was about right (we maybe took a little longer) and that it wasn’t suitable for pushchairs or wheelchairs which I had already read on the website.  Due to all the rain, the trail was very muddy and wellies were recommended.  Luckily I had already seen this on the website too, so we were all prepared!

The boys really enjoyed looking for all the stamps and the trail was well thought out and lots of fun.  There were plenty of photo opportunities along the way and it was definitely very muddy, which I think Riley loved the most!  The corn maze was fab and the boys really enjoyed trying to find their way through this (there was an alternative route to miss this out if you didn’t want to go round it). 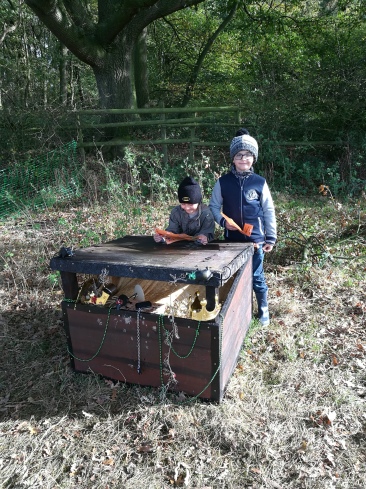 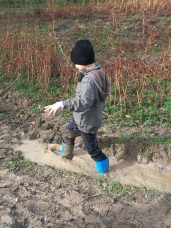 We finally reached the end of the trail and we did it – we had collected all the stamps, said the spell and saved the witch – yay for us!  Next up we headed down to the pumpkin patch and the boys explored until they found the most perfect two pumpkins for us to take home.

We walked back up to the farm and let the boys have fifteen minutes on the bouncy pillow before heading back to the car with rumbling tummies and rain clouds looking ominous.

All in all a fabulous time was had by all and I would highly recommend Bluebells to everyone!  There is also a large cafe and a play hay barn which we didn’t have chance to explore today but will do on a return visit.  I was super pleased with the price for what was available to do and we were all suitably shattered by the end of the day!  The staff were all very friendly and we will be back for sure in the future (after putting Riley in the washing machine!).

15 Comments on “Our Halloween Visit To Bluebell Farm”

How my Bank Holoday Monday has looked... How was yours?
Today's Mental Health Monday post is live and there is a link in my bio. Today I am talking about people pleasing - something which I know only too well about. This affects so many people in numerous different ways - from that basic human instinct of wanting to be liked to consistently putting you and your needs at the bottom of the pile. My post explains some of these behaviours as well as offering suggestions to help you create a better balance.
Well today has been a brighter day! I have actually got away from the sofa and my bed and say at my desk to write a blog post. I have to try and keep my foot up as much as possible, so took a couple of breaks to get it up for 10 minutes but it was great. I also had a quick 10 minutes on @thesims4 but think that will be tomorrow's plan as we are now getting ready for the family quiz night. Hope everyone has had an enjoyable (if a little windswept) Saturday x 📷 @stacieswift
Today has been a slow one... @ste_w22 isn't feeling too good and is having to look after me as well as himself bless him! The pooch snuggled up to me for ages like this on the sofa this afternoon while I did some sewing and watched the TV, it was rather lovely. The scarecrow festival starts here tomorrow and I'm gutted we cant have a wander and see how many we can spot. We went to the Draycott one last year and it was fab! Good luck to all joining in tomorrow and have fun!
Day 5367 in #lockdown and this one still won't let me cut his hair. This is how he came downstairs yesterday... all righty then!!!!
Edit: Spot the obvious mistake.... that's how tired I am - its bloody Thursday! What a day! Its MtX hangover day and I had to go get some bloods done and had my fracture clinic appointment so I'm pretty wiped out. The appointment went well, everything is healing where it should be so no surgery needed thank goodness. Although they said it would be a minimum of 4 weeks, they want me to have a minimum 6 weeks non weight bearing in the cast due to my rheumatoid arthritis. Although I'm struggling with the cast, I know this is for the best and I will be happy knowing that I have given it the best possible chance to heal properly.